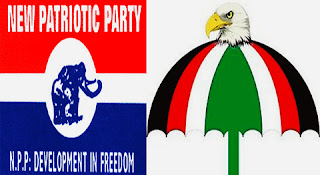 The major opposition party led by former President John Dramani Mahama has rejected the results of the 2020 General Elections.

In a press conference addressed by the Minority Leader Haruna Iddrisu, he said they will not accept a “flawed” election.

He went on to state that some irregularities were noticed and reported to the Chairperson Jean Mensa but it fell on deaf ears as she went on to declare the incumbent Nana Addo.

They are calling for the declaration of Techiman South seat as they have hope it will give them majority in Parliament as well they want collation to be done all over.

Akufo-Addo has been declared President elect and will continue to serve for the next four (4) years.

This was announced by the Returning Officer of the 2020 presidential election, Jean Mensa, today, December 9, 2020. She said the figures exclude results from the Techiman South constituency. Total valid votes cast, according to the Electoral Commission, was 13,434,574 representing 79% of total registered voters.