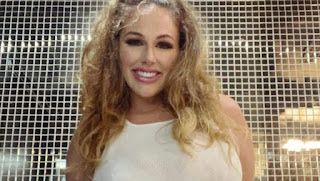 Former presidential spokesperson, Ben Dotsei Malor has appealed that the phone shop at Tip-Toe Lane, Kwame Nkrumah Circle where Cassidy, the American lady’s missing iPhone is allegedly on sale be made to return it to her.

Mr Malor who is now Chief Editor – Dailies, UN News at United Nations apparently watched the video of the lady in which she narrated the loss of her iPhone in Washington, D.C., which the ‘second owner’ switched off for about two months to evade tracking.

Reacting to the bizarre story that got Ghana ridiculed across the world, he first expressed shock at the development and asked that the lady be helped to get her phone back.

“GOODNESS – FROM WASHINGTON DC TO GHANA: just like that! Serious. Sad. And yet funny, somehow …

“PS: Could anyone in Ghana PLEASE get ERICSTHER PHONES to return this sister’s iPhone to her,” the former spokesperson for ex-president John Mahama wrote on his Facebook page.

A few days ago, Cassidy took to her TikTok page to recount the loss of her phone in D.C. in October this year. But after waiting for months to have the phone switched on so that she could use the Find My iPhone feature to track down her phone, she found out it was on a different continent.

Cassidy did everything in the first few weeks to find the phone, but the person who stole it refused to switch it on for months.

“So, at the beginning of October, I lost my iPhone in [Washington] D.C.,” she narrated. “And obviously, I did all my Find My iPhone stuff – I tried to play the sound to see if it’s in my apartment. I put it on lost mode and I tried to track it but it was turned off.”

She said she received an email a few days ago to notify her about the phone status.

“Then, yesterday, I get this email that a sound was played on my iPhone – which means that my phone was turned back on and it’s now tracking and I’ll find my phone.”

Cassidy disclosed that through the help of her friends, she found out that her phone was in Ghana and that it was in a shop that had put it on sale.

“So, I went to find my friends to try to see where my phone was, thinking it would be in D.C. And this b*tch was in Ghana.”

“She’s in Africa and I don’t know how it got there. It’s been a couple of months but now she’s turned on and she’s in Ghana. So, I googled the address and here she is at the phone store,” she added.