Wolf in a sheep’s skin. A spiritual caution to our brethren on various campuses - GH LENSE
GH LENSE.NET
Live
wb_sunny

Wolf in a sheep’s skin. A spiritual caution to our brethren on various campuses

Home   Feature Wolf in a sheep’s skin. A spiritual caution to our brethren on various campuses

Wolf in a sheep’s skin. A spiritual caution to our brethren on various campuses 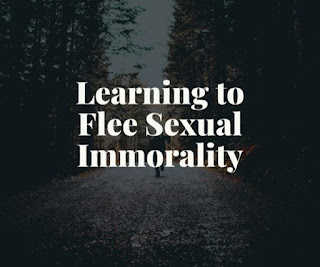 Everybody want to marry a religious person. However, what’s the definition of being religious; is it dress code or beautiful voice for Qur’anic recitation or attending programs or what? We need a clear and compendious definition of what religiosity is. We have deceived people especially the lady gender and it’s time we wake up. Most of the times an innocent idea triggers this religious inclination or attraction—let me cook for you or give you some nasīhah (admonishment), or helping in academic course work, helping in search of accommodation especially the freshers or giving an Islamic book or handout. If caution isn’t observed they start with a nice and jolly discussion then who knows the end? We should try to limit the interactions between both genders, I think that’s where our solution lies. The deceptions are too much. May Allah safe guard and guide us all.

Young people always want partners of higher standard than themselves to be with especially in marriages. And this is a good thought really. However, the procedure used or explored by students isn’t the best especially with the university young Muslims. For example, a sister or brother who is less practising would want to look for the other gender who is pious and righteous. One of them is capable of helping the other, in order to gain proximity to the other gender. They then use islam as a decoy. Meaning, "Hello, can you help me with this ruling please? What is it?" and many people are such that they instantly feel obliged to be the first to answer the question with a very long and detailed correspondence. Once this wall of restrained or restricted communication is broken down, the two will continue to speak for hours and in effect, gain closeness and proximity towards each other. The next time she/he has a question, it’s indubitable that there’s someone to offer an answer.

Let’s also remember the dictum that says that “All that glitters isn’t gold”. Most students tend to appear elegantly in their Islamic attire just to woo their opposite gender without speech. The mirage here is “ Wow, this person is very religious” then their heart is already ruin in the bubble of religious cloaks. It’s either she is in a nice and coruscating hijab, or wearing a bright and shimmering beard or an elegant and shinning head cover or scarf.

This reminds me of a story that was related by a respectable Ustāz, Sheikh Hassan Dockrat (may Allah protect him); he relates,

"A person came to seek the counselling of Sheikh Ashraf At-tantāwi, with regards to a proposal that was sent to his daughter. He said, 'Sheikh! a man has asked for my daughters hand in marriage and he has great characteristics but he has this one deficiency, he has no beard.' The noble Ustaz replied, ' The entire religion of Islam is not symbolized by the beard. It is also common these days, we take phone numbers of one another with the aim of waking them up for tahajjud or Fajr prayer or call them for an Islamic program. Allahu Akbar! And you give your number away thinking you are doing the right thing! This is really worrying and must be stopped as soon as possible. Let’s be vigilant and very smart. This is something we should always remember.

"Has the time not yet come for those who believe that their hearts should be humble for the remembrance of Allah and for the truth that has descended (through revelation)? They must not be like those to whom the Book was given before, but a long period passed on them (in which they did not repent), therefore their hearts became hard, and (thus) many of them are sinners.”