I will bring Members of NPP onboard at all levels -Abankwa Yeboah - GH LENSE
GH LENSE.NET
Live
wb_sunny 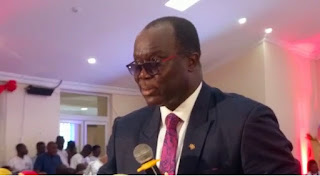 Mr. Kwabena Abankwa Yeboah, the National Treasurer for the governing New Patriotic Party (NPP) who is aspiring to become the next National Chairman for the party have assured the NPP members that, he will bring onboard every member of the party at all levels to build unity and harmony with respect for the party to break the eight (8), 2024.

"I will engage the party at all levels and exchange ideas and suggestions with the party members across the country on how to get this big task of breaking the eight, 2024” he said.

Mr. Abankwa Yeboah added that he has made some observation in the party for  which action is needed to be taken. There is the need to recognize and reward the hardworking persons at all levels in their party structure.

"We also have to empower part people especially the grassroot with viable economic skills and initiative so that they can also establish themselves" he noted.

He indicate that, when the opportunity comes for opening the of nomination he will put in his bid for the Chairmanship of NPP.

Furthermore, he stated, his aim is to bring everybody on board so that working together they can creat good opportunities that will benefit all of them as a party.

Mr. Yeboah adds, he pray that, by the grace of God he shall be the Chairman everybody is expected of.