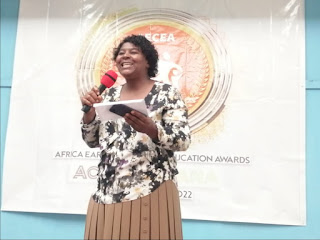 Dr Violet Makuku, a Quality Assurance Specialist has called for massive support towards Civil Society Organizations and other stakeholders’ whose enormous contributions are helping shape the early childhood education sector in Africa.

She equally emphasised the need for the early childhood educators to be supported by governments and stakeholders in the sector owing to the crucial role they play in the development of the sector.

Initiated by TERIA Foundation and partners in 2021, this year’s edition was supported by the Ministry of Gender Children and Social Protection, UNESCO Ghana, the Ghana Tourism Authority, the Human Rights Reporters Ghana and the World Vision International Ghana including hosts of other key partners and stakeholders working in the education sector across Africa.

The colourful ceremony was graced by hosts of dignitaries including government appointees, crème de la crème of the society, heads of Civil Society Organizations and stakeholders in the education sector.

Dr Violet Makuku, while applauding the significant contributions of CSOs to the early education sector in her remark lauded the TERIA foundation, partners and its Founder, Walter Mawuli Gli for the august role in initiating the award scheme.

In her estimation, the awards scheme is a dream come true which she insisted should be “maintained over the years so that personnel in this category can continue to be inspired and work even harder because of this important extrinsic motivational factor, which when combined with their intrinsic drive, can make more and better things to happen to our young children in schools”.

Dr Makuku also called for support towards TERIA foundation to scale up its initiative to thrive in the future so as to produce quality results while acknowledging the immense contributions of CSOs to the sector.

“Organizations like TERIA, which also seek to contribute towards the strong foundation should also be supported so that they can continue to make meaningful contributions for this worthy cause”.

She congratulated all the winners who emerged victorious for the day and equally appealed for holistic stakeholder support towards the third edition of the awards scheme.

For her part, Mrs. Nyamikeh Kyiamah, Regional Vice President for Africa World Organization for Early Childhood Education (OMEP) also underscore the importance of early childhood care and education as a prerequisite for primary education to thrive and called for effective cooperation between early childhood educators and parents to engender the right development needed for children into  adulthood.

Founder and Chief Executive Officer (CEO) of TERIA Foundation Mr. Walter Mawuli Gli was grateful to all partners and stakeholders who supported his outfit to stage a successful event.

While congratulating all the award winners for the victory, appealed to all early childhood educators across the continent to keep up with the good work and endeavour to bring out the best in all children to become future leaders.

Winners for the 2022 Africa Early Childhood Education Awards were:

Christiana Addae-(Assistant of the Year)

Sabre Education-(NGO of the Year)

Alice Konadu and Mary Asantewaa Mensah-(Caregiver of the Year)

Alberta Dadzie-(Outstanding Educator of the Year)

GhanaEducation.Org- (Media House of the Year)

Inusah Alhassan-(Proprietor of the Year) 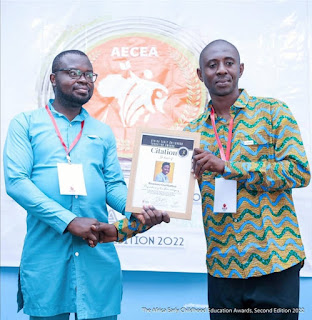 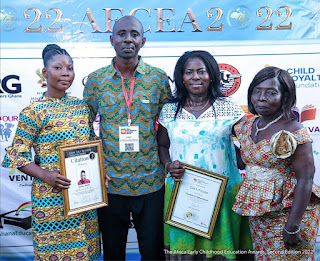 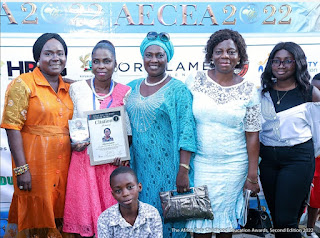 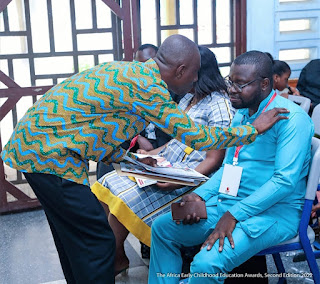 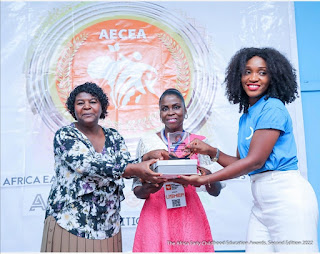 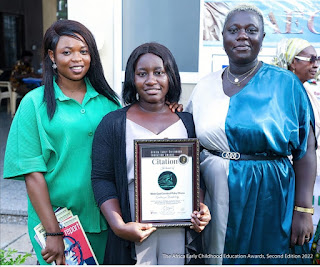 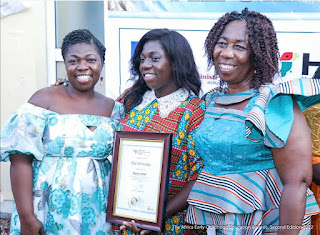 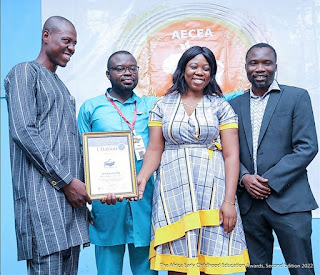