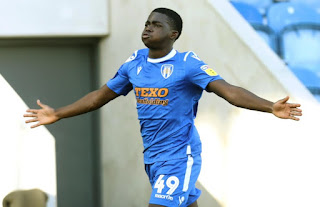 Head of Communications for Ghana Football Association (GFA) Henry Asante Twum has explained why Kwame Afriyie Poku was handed a Black Stars call-up and why Salifu Ibrahim was dropped from the squad for the African Cup of Nations (AFCON) qualifiers against South Africa and Soa Tome.

Black Stars manager CK Akonnor on Thursday evening named a squad of 29 players to represent Ghana in the above mentioned games.

To the surprise of many football fanatics, in the list of 29 players is one Kwame Afriyie Poku who plies his trade in England League two with Colchester United.

The decision has left myriad of football fans angry, however, Communications director of the FA Henry Asante Twum has explained why the Colchester midfielder was handed a call-up.

“The technical team brought on Kwame Afriyie Poku for a technical reason with his own qualities and attributes admired by the coaches. They made the decision to bring him on board and once he qualifies to play as a Ghanaian, let’s wait for his performance,” Henry Asante Twum said on Nhyira FM.

Salifu Ibrahim was one of the best performers in the first round of the Premier league, the midfielder scored a goal, provided 4 assists and was named man of the match on 5 occasions.

The former Eleven Wonders midfielder’s performances earned him a call-up to the Black Stars for the AFCON qualifiers, but surprisingly he was dropped after the first week of training.

“Salifu Ibrahim was omitted from the team before he joined Hearts of Oak. He may have won a lot of MVPs in the league but if his performance is not impressive, he can’t be made to play. The argument should be reaction of the player at bigger stages” – Henry Asante Twum explained.

He added: “Not every player performing in the local league can perform at the Black Stars. Factors such as anxiety may not even allow players exhibit their full potential. The few who made the squad impressed the team to be part.”