Feature: Our Hope In a Bleak Future

Home   Feature Feature: Our Hope In a Bleak Future

Feature: Our Hope In a Bleak Future 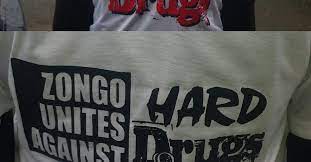 Because of how high Issifu went on it that day, he was at 100 metres speed right in the grip of the officer who got hold of him.

Issifu, Jojo and Freeman were close friends. They played football together. He was that brilliant but easy to be convinced chap who it wouldn’t take him a minute to catch grimes of whatever is being taught.

Jojo the truant, before he gets to class, he’s all worked up and ends up sleeping throughout the lessons and of course takes no nonsense. Freeman, the hard and ‘I don’t care guy’, breaks rules and claims they are meant to be broken. “After all I’m Freeman and it’s a free world” he often says. Issifu was the middleman for Jojo and Freeman.

The trio were doing just great until Mr Hard guy got himself into the deep shit that led them into sniffing and burning of their lungs.

Despite the ruthlessness of Freeman, he wouldn’t dare look at Don Bozman’s shadow not to talk of his face.

Don Bozman, thick in stature and dark-tan complexion is a wanted drug cartel.

He’s built empires out of this deadly business. Inside his compound is like a car park with the mansion about 5kilometres away from where his cars are parked.

Teachers of the St. Barabbas Senior High School were fed up and Freeman was dismissed.

Angered by the sudden turn out of situation, he was asked to take responsibility for himself. As hard as he thought of himself, he went into the streets. There he met Salisu and they became good friends for they shared a common behaviour and story.

It all started with hashish… “Oh kai take this its only flavours and nothing more” Salisu said to Freeman at a friend’s birthday party organised at Labadi Beach.

From the hashish he was promoted to marijuana and all sorts of baby cough syrups amalgamated with energy drinks. He made all his passes and got admission to university of white powder where he became an expert in the sniffing course.  Blow some powder into the air and Freeman will not miss any falling particle.

“Issifu my guy how have you been? It’s been long since I’ve seen you” Freeman shouted in his breaking voice. He looked so fine. “I’ve been around Freeman how you are too? Guy you look nice. What have you been up to since you were dismissed?”Issifu asked

“Business and it’s so good. Tell me since you completed how much have you made?” laughing hectically and calls Issifu “john”

Issifu smiled and said he had no job after completion although his grades were good yet his parents couldn’t sponsor him to further his education. “Introduce me to this your business err… I need money to go back to school”. He said

They got to one of Don Bozman’s mansion and seated in a sharp corner was Jojo busily wrapping powder and marijuana.

Issifu was surprised. Immediately he understood what Freeman’s business was. You can’t leave here without accepting to sell junks. The moment your feet touches this compound you are in for good! Don Bozman is a nice person. Don’t try his patience and put your life and mine at stake.

It appears that Jojo went to Freeman for help and he was introduced to the killer trade.

Two years later Issifu has been disfigured by the hallucinogens more than Freeman and Jojo who were already in it. He’s made it his three square meals. He eats marijuana, drinks caffeine mixed with syrups and even baths with it.

He could smoke and sniff as suhoor and do same for iftaar during Ramadan. Because cocaine is dear, he is careful so it doesn’t finish early.

In any case he passes you by; you’d be wondering if he’s going north or south.

One unfaithful afternoon the three friends met at their usual base behind BA primary school to smoke their sorrows away.

As they flare up, like a serpent the police crept into the yard. Freeman and Jojo were not very high that day. They absconded leaving Issifu in the grasp of the officer having a still-run. Issifu was later admitted to the hospital suffering from lung cancer and kidney failure.

Jojo went nuts six months after. Freeman was later arrested which led to Don Bozman and others’ apprehension.

This article was first published on the ghanaguardian.com in 2017

It was a campaign against drug abuse in the writer's community.

At that time, the intake of hard drugs was rampant and so in a bid to help curb the situation, the writer sought to put up the article as her contribution to deter the youth from drugs.