No One Marries A Guy She Found In A Trotro - GH LENSE
GH LENSE.NET
Live
wb_sunny

No One Marries A Guy She Found In A Trotro

No One Marries A Guy She Found In A Trotro 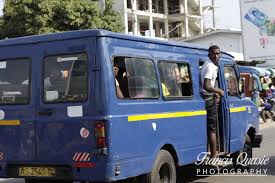 I sat next to him in a trotro. I’d closed from work and was aching in every part of my body. From my workplace to my house was an hour drive so immediately I sat in the trotro, I put my head on the seat in front of me and started getting some sleep. I didn’t see when the trotro moved but at some point, someone tapped me and said, “The mate wants his money.” That was when I realized that the person sitting next to me was a guy.

I gave him my money to give to the mate and went back to sleeping again. He tapped me again and gave me my change. At that point, I couldn’t sleep again so I sat up.  He said, “You look tired. I can imagine what will happen when you get to the house.” I smiled. He asked, “From which hospital?” I was wearing my uniform so he could clearly see that I’m a nurse. I told him the name of the hospital.” He asked, “You went on a morning shift?” I said, “I went to work last night and I’m now going home.” He said, “Oh I can understand why you can’t open your eyes.”

It turned into a full-fledged conversation. He was funny. He sounded learned. He asked me, “Where are you going to alight?” I said, “After the next two junctions, I will alight.” He said, “Oh really, that’s exactly the place I’m also going to alight. You live around there?” I told him, “Yeah my house is just around the bend.”

When we got to the junction, I got down and he also got down. He walked with me for about five minutes and said, “I’m using the left road to visit a friend. Do you mind if I get your number?” I gave him my number and he also gave me his number. Truth be told, I didn’t save his number. I didn’t have any reason to. Three days later, I was in Farida’s house when I saw a number calling. When I picked the call the voice said, “Hello my trotro girlfriend.” I immediately knew who was calling. I’d forgotten his name but I remembered his name started with J so I said, “Hello James, how have you been?” He said, “You’ve forgotten my name so soon? My name is Jason, not James.”

We talked. We laughed. We hang up. I told Farida how I met him. I said, “But he’s very funny and looks like a cool person.” She said, “Hmmm my sister that ooo. There noor she’s in love.” I told her, “Oh naaa far from it. I’m only telling you how cool he is.” She asked, “So if he proposes to you right now, you won’t accept?” I said, “Naaa, you know me. I don’t do my things like that. I don’t even know him.” She said, “Be careful. Nobody dates a guy she met in trotro. They are not good. They go around collecting numbers from beautiful women in trotro and later sleep with them and vanish. A guy in a trotro, he doesn’t even have money.”

What Farida said got stuck in my mind. There was some truth in it. If he took my number then he might have taken a lot of numbers from other women too. I can’t be that exclusive after all. So, another day he called. Armed with Farida’s facts, I closed up a little. I tried not to laugh. I was giving him straight answers. He sensed it. He asked, “Nuna, are you ok? You don’t sound good. It’s something worrying you?” It’s the way he asked the question and the care behind the question that got me feeling bad. I lied, “I’m not feeling well but I will be good.” He asked, “Are you at work?” I said, “Yeah I am.”

Hours later a colleague came to tell me that I had a visitor. I went out there and it was him. I was shocked. “James, how did you know where to find me?” He said, “Jason. The name is Jason. Have you forgotten you told me where you work the first time we met? Hospitals are easy to find.” He handed me a little package. We talked for a while. He said, “Don’t let me waste your time. You’re working.”

I rushed in and opened the package. A box of chocolate. Different flavors. “How did he know I love chocolate?” I opened WhatsApp to text him my appreciation when I saw his message. He said, “I learned chocolate releases stress. I don’t know how true that is so you tell me after eating them. I hope you love it.” I didn’t even send what I intended to send him. I only said, “Thank you.”

I called Farida, “Dear, James came to the hospital today and guess what he brought me?” She asked, “Who is James?” I said, “The guy I met in trotro, remember?” She asked, “She’s James? I thought you said he’s…” “I chipped, “Jason, yeah, he’s Jason. I don’t know why I keep calling him James.” She asked, “How did he know where you work?  I answered, “I’m even surprised. I gave him only the name of the hospital and he was able to fish me out.” She said, “You can have fun with him but remember what I said. Nobody gets a serious boyfriend from a trotro. Those guys are players. If I were you, I will ask him what he wants from me. If it’s love he wants, cut him off.”

The next time I spoke to him, I asked, “What did you do that for? Those chocolates. Coming all the way to my workplace with chocolates. Why?” He said, “Oh nothing. I thought you were feeling stressed so I guessed a little bit of surprise would help lift your mood. That’s all. I don’t have any ill intentions. You’re scared I may poison?” I said, “Maybe you added ‘for girls,’ how would I know?” He laughed. He said, “Why didn’t I think about that. By this time, you would have been following me everywhere.”

I like his depth and liked the way he reasons. I decided to give myself permission to know him. I started asking questions about his life. Where he works, where his families are, where he went to school, his dreams, his pets, his social media handles, and how many days he wears his boxer shorts. Any question that came to mind, I asked him. He was gracious with me. He answered everything. He is an IT guy who works with one of the biggest IT firms in Ghana. He told me to visit his workplace whenever I was free so I did. He introduced me to friends. He told them I’m a nurse so they should all come for free health screening. He’s the life of the party even at work.

That day he drove me home. On the way, I asked him, “So what were you doing in the trotro the other day if you have a car?” He laughed. He said, “I don’t have a car. As you can see, it’s a company car that I use. That day, a colleague was working with it over the weekend so I didn’t take it home.” The thing was, the more I spoke with him and got to know him, the more I loved him. He was full of exciting stuff and like the magician, you would never know what next he was going to pull out of his hat.

I told Farida; “Chale, the guy is not a trotro guy ooo. He was in the trotro that day because his car was with a friend.” She said, “He has a car? Then it’s worse. They’ll give you a lift and take your number right now and the next moment, they are in your Dm asking you to meet them somewhere.” I said, “You’re right ooo. I’m even scared of him.” She said, “Start pulling away before he uses you as a delicacy.”

The thing about Farida was that she had been through a lot of heartbreaks so every shadow looked like a ghost to her. I trusted her judgment but at some point, I had to form my own judgments about things instead of looking at things through the same filter Farida was looking from. I stopped talking about him to her.  I kept my cards to my chest and said to myself, “I will go close. If I burn I burn. What’s life without risk.”

I met him often. When I got off days, I visited his office. He’ll take me to lunch and later take me home after work. One day he asked if I would visit his place and I said yes. I went to his office. When he closed from work, he took me to his house. They lived in a very big house. His parents lived in the main house and he lived at the boy’s quarters. When I got to know his house, I kept visiting him until one day he proposed and I said yes. That same day, he introduced me to his parents.

We dated for a year before I told Farida about it. She was shocked but then she asked, “You haven’t seen any red flags since you dated him?” I said, “I’ve seen all shades of red but they are not something adults can’t deal with. Let’s see.” She cautioned, “Open your eyes. Visit him unannounced. One day, be a witch and go through his phone. Avoid surprises.”

After three years of dating, Farida told me,” Marry him already, what are you two waiting for?” I told her, “We’ve talked about it already. We even have a date. Very soon you’ll be my bridesmaid.”

It came to pass that on my wedding day, Farida stood next to me and held the mic to my mouth when I was exchanging my vows. The wedding pictures we framed, she appeared in all of them. Her fears for me were valid. She loved me too much that she didn’t want me to make the mistakes that she did and I love that about her. She’s dating now. Everything looks like it’s going to end well. I pray for her. She’s sure about this one so I pray it ends well for her too.