Phasing out 1 and 2 cedis note uneconomical and an attack on our economy."The value is not the same". (Article) - GH LENSE
GH LENSE.NET
Live
wb_sunny

Phasing out 1 and 2 cedis note uneconomical and an attack on our economy."The value is not the same". (Article)

Home   Business Phasing out 1 and 2 cedis note uneconomical and an attack on our economy."The value is not the same". (Article)

Phasing out 1 and 2 cedis note uneconomical and an attack on our economy."The value is not the same". (Article) 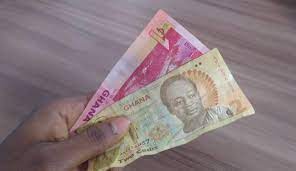 The idea and rationale behind the bank of Ghana to phase out the 1 and 2 cedi notes made in a statement by the governor of BOG is an abracadabra and absurd statement. It doesn't clearly define neither does it reflects the purpose unless BoG has a clandestine agenda against such denominations. The plan is irrational and I see this attempt as exceedingly absurd,blunder and an unfortunate situation that would derail our economy and shoot inflation up.This must be an infantile tales and not a reality in the pipeline.

The governor of BOG was sited

Addressing a press conference after the MPC meeting Monday (27 September), the Governor of the Bank of Ghana, Dr Ernest Addison said, “Both the GHC1 note and the GHC2 note would eventually be phased out because they are not cost-effective in terms of the printing cost.

Addressing a press conference after the MPC meeting Monday (27 September), the Governor of the Bank of Ghana, Dr Ernest Addison said, “Both the GHC1 note and the GHC2 note would eventually be phased out because they are not cost-effective in terms of the printing cost.

“Notes that circulate very widely and they come back very torn and soiled and they are very difficult for our currency processing machines to process them.”

Dr Addison further stated that “You will recall that this is a note [GHC2] that was issued as a commemorative note. So commemorative notes are not notes that you continue to print and therefore what we have done in the last two years, is to introduce the GHC2 coin and you would expect that eventually, it would more or less play the role that the GHC2 note is playing.”

If the above statement made by the governor is true then the 1 and 2 cedi coins are equally not cost effective for the following reasons; The currency coins are more disposed to lost. A lot of people in the bussines space and trade in general, cannot account to these coins they receive in everyday transactions.

Some coins are grinded in corn Mills causing deformity to the coins and some are mistakingly drown in water bodies. Some coins bounce on hard surfaces and get lost immediately and some gets corroded beyond redemption and thus BOG would have to incur more cost to reprint,process and replace them ,this makes the coins also not cost effective.

One can feel the difficulty and the impossibility in carrying these coins worth just 50 cedis in a purse or pocket and your purse or pocket is heavy and almost getting torn therefore making its handling and circulation very stressful.

To save the inflation that is already on flying gears, it is prudent to educate Ghanaians on money handling than to phase out the notes and increase the hardships of Ghanaians owing to the high inflation this is likely to impose on commodities and on cost of living.

Do we know that any time there are Dynamics in our currency denominations or a new currency is introduced,new Inflation is also introduced. Typical example is when this current currency was introduced in 2007 replacing the 1000 note to 10p,2000 to 20p and so on .That was where our currency started suffering depreciation and inflation spiked with prices of commodities going up haphazardly. This happened Just after the cedi held the dollar for just a year in 2007 and they told us "the value is the same". but inflation and other shocks heavily infected the Economy and automatically changed the prices of commodities. This was as a result of bad Economic management and policies on currency introduction.

If 1 and 2 cedi notes are circulated and returned soiled and torn, why cant BoG change the materials used to produce our cedi notes by initiating high quality materials than inferior paper. This would prolong the lifespan of the cedi notes on circulation by making it durable . This would also reduce the magnitude of stains and the rate at which the cedi notes get damaged. BoG should do this and safe the country especially the vulnerable masses from inflation attack and high cost of living.

BoG can do better !