I Need a Rescue Before I Run Out Of Time - GH LENSE
GH LENSE.NET
Live
wb_sunny

I Need a Rescue Before I Run Out Of Time

I Need a Rescue Before I Run Out Of Time

My dad left my mom when I was in Junior high school. I was in my second year in senior high school when my mom told me that she had found herself a new man. I met the man once. He was jovial and looked like a man who could take care of a woman who has a daughter. Everything he said that day felt like he was really in love with my mother and because of that, he didn’t mind that my mother had a daughter. My mom moved in to live with him. When I came back home for vacation, I also went to live with them. It took me only one week to notice that my spirit and that man’s spirit don’t meet. There was a way he looked at me. I didn’t like it. There was a way he mentioned my name. It sounded like he was calling his slave. When he came back home and saw me eating, he made comments such as, “All you do is live around here and waste food. What’s your use?”

My mom heard such comments and said nothing about them. Sometimes, she laughed at such comments making it look like a joke. But the look in her eyes gave her away. Her lips laughed but her eyes weren’t enthused. She looked confused. When I completed school, I told her, “I don’t want to live with you anymore. Your husband doesn’t like me and I see it.” She said, ”Don’t worry, I will talk to your aunt so you go and live with her for a while.” One night, I was sleeping when I felt a shadow moving in my room. I woke up and saw my mother’s husband in my room. He had a towel around his waist. He was standing at the foot of the bed looking at my body. I slept naked. The room had no fan and it was always hot in there so the best for me was to take off everything and sleep.

When he saw that I was awake, he didn’t move. He kept staring at me. I pulled the cloth over my body and started moving towards the corner of the bed. For defense. Just in case. He didn’t say a word. He opened the door and walked away. The next morning I asked my mother, “What did my aunt say? When will I go?” It took her two weeks to get the consent of my aunt to move to live with her. I slept in fear for all those two weeks. The door to my room had no locks. I put a chair behind the door each night I slept. I could hear footsteps. I would wake up and would never sleep again.

I was happy when I finally moved to my aunt’s place. I ate well. Her husband treated me with respect. He came from work and brought me a gift. He said, “This is because you’ve been a good girl. My aunt will say, “But Serwa has always been a good girl ever since she came around?” 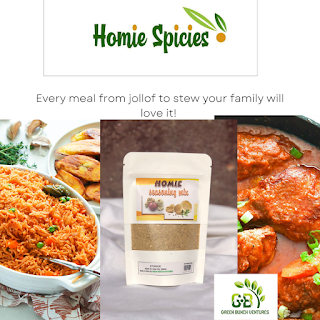 I was asleep one night when a shadow fell on me. I woke up and it was my aunt’s husband. He didn’t give me a breathing space to even think of defending myself. He pounced. He blocked my mouth. He folded my hand. I couldn’t fight back. He was thick and tall. A tiny me didn’t stand a chance. He had what he came for. He left with a warning; “Nobody could hear about this. If you tell them they won’t believe you. I will later throw you out so you go and beg on the street.” From one horror of life to another one. I spoke to a friend of mine on Facebook. She was my classmate. She was living in the same city I was living in. I asked her, “Would your parents be alright if I visit you and stay for a while?” She said, “Not at all. My dad had traveled. My mom is lenient. If we find a better excuse for your visit, you can stay with us for as long as you can.”

One day I told my aunt that I was going back to my mom. I called my mom and told her that I was visiting a friend and I will stay with her for a while. She asked, “Why would you leave your aunt’s place to a friend’s place?” I said, “Long story. I think I will be safe at my friend’s end.” She said, “Safe? Who is putting you in danger?” I sighed. She said, “Don’t worry, I get it.”

I came to live with my friend and her mother. Her mom is super helpful. I would wake up and sweep the whole house and prepare food even before she wakes up. I’m always under her feet asking her what she might want me to do for her. One day she said, “Who raised you? Your grandmother?” I said, “I’ve lived with a lot of people but I go around with my mother’s influence.” She called my mother. She talked about how helpful I’ve been to her house since I came around. She told my mom, “You really raised a human being. The one I have here sleeps until the sun comes up and wants to be served in her bed but this your daughter really understands how to keep a home.” They spoke for long. They became friends.

One night I was sleeping when I felt a hand moving up my thighs. It was very subtle at first until it started getting bold. It kept climbing up until I woke up. I found my friend lying next to me. I said, “Can’t you sleep?” She said, “How can I sleep when you lie here looking beautiful like that?” I was like, “What are you saying?” She said, “Don’t pretend you don’t know what I’m talking about. You know I like you right?” I said, “I know. That’s why I’m here with you. Sharing your room and sharing your mother with you.” She said, “Come off it. That’s not what I’m talking about. I like you. I want you to be my girlfriend.” I said, “Huh? What do you mean? You are a girl and I’m also a girl. How can that be?”

Nothing I said would change anything. She wants me and would do anything to have me. I’ve been in the same school with this girl. We became friends when we were in our second year. We were in the same dormitory and often times ate together. I swear I didn’t see a sign that said she could be someone who loved women. Each night, we wake up at dawn and battle it out. She wants what she wants. I can’t give what she wants. We argue. She threatens me that she will drive me out if I don’t give her a chance. She said, “All I have to do is to tell my mom that you’ve been bringing men here. You’ll go the next minute. This is not harmful. A lot of celebrities I know do it. It’s the new thing out there. Open your eyes.

I don’t want to do it and I can’t betray her to her mother. It will be her word against mine. Every mother would choose her daughter over a total stranger. So I’m careful. This is the only place I have. If they drive me out, I have nowhere to go. I would have to go back to my mother’s husband. My aunt’s place is a no go area. I wake up each dawn and negotiate with the devil who by all means want a piece of me. Nowadays, I go to the shop with her mother. When the two of us are left in the house, it’s worse. She brings other girls to the house and they do a lot of obscene things. I can’t stand it and I can’t complain too. It’s not my house.

My problem is what happens to me at night when I sleep next to her. I don’t remember the last time I had a full night’s sleep. I’m that girl who will sleep with nothing on but here, I’ve learned to sleep with tight jeans and heavy sweaters. She’s getting angry with me. It’s getting to the point where she will snap one day and run to her mom and tell her a lie about me. I’m confused. I don’t know what to do. If I had any other option left, I would have run away.

I’m only nineteen but I’ve seen a lot of ugly things that make me question the reason why God brought me here. Too much suffering for a little girl like me whose only dream is to live and allow others to live.

I’m running out of time. What can I do to rescue myself from this situation? I can’t leave this place. I have nowhere to go. Even my mom had warned me not to do anything stupid for them to kick me out. I’m confused. What are my options?”