Reasons You Badly Need An IPhone

Reasons You Badly Need An IPhone 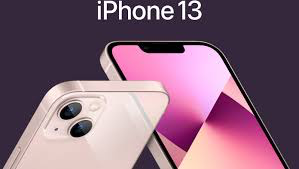 I know you all loathe the iPhone craze and obsession, but don’t think that I’m with you, because I’m about to cause your wound to gangrene with the below.

1. Parts of iPhones are affordable and readily available like Corolla cars. Don’t let the Samsung boys beguile you that iPhone is expensive. They don’t tell you that the price of a screen of Samsung phone can buy an iPhone.

2. The power of iPhone is such that depreciation is in bed with the phone. You can get an iPhone at three thousand cedi, and use it for five years. When reselling it, you can peg the price at two thousand and five hundred cedi. Unlike other phones, when you take them to circle, even after a year of usage, to swap or resell, you would get a chicken change.

3. iPhone is durable. I know a friend who’s still using his iPhone 6. And he bought it when my cousin gave birth to his twins on November, 2014. But the rest of the phones, after three years then they start misbehaving.😀😀😀

4. Periodic system upgrades. iPhone keeps upgrading their phones. Thus, an iPhone hardly freezes and slows down. It works efficiently right after manufacture till, till, till.

5. It emboldens one’s esteem. If people don’t respect you, just get an iPhone. The respect will come right now. (This is a secret😀).

6. Picture and video quality assurance. iPhone is the only phone which gives you a taste of Heaven. If you like borrow an iPhone and take a picture of it, you’ll think you’re in paradise. Because it will make you a newly created being🕺🕺. We are going to use it to snap pictures and take videos on Hafiz’s wedding. In sha Allah.

7. iPhone takes pride in making its users appear embellished. Okay, if you want to do “akata” or how the GAs will say: “bobby atoo t)l)” (looking exotic but having no money), it’s only iPhone which will perform this magic. Even if you have the latest Samsung, Huawei etc., iPhone 2 will murder all🐈‍⬛🐈‍⬛🐈‍⬛🕺🕺🕺😀😀😀😀

8. It’s only iPhone that when you’re done buying with your own money (not a shopped, or stolen one) then you start crying 😢 inwardly. You don’t even know who forced you to use half plot of land money for a phone.😀😀😀

9. Above all, iPhones can give high blood pressure. Imagine they steal your iPhone 12 just after using it for a week. My junior brother lost his iPhone 7plus in 2019, and he is still suffering depression😀😀😀