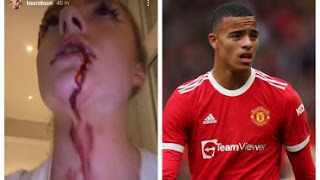 Manchester United striker Mason Greenwood has been accused of domestic violence by his girlfriend Harriet Robson.

An hour ago, a story was put out on Harriet’s Instagram account showing the bruises on her body with a caption stating: “To everyone who wants to know what Mason Greenwood actually does to me”.

The series of disturbing images clearly indicates a physical attack. She later posts an audio clip in which Greenwood was being abusive and threatening her.

The news has shocked United fans waking up this morning, as they fear what’s in store for the 20 year old.

Greenwood has been touted as one of the most promising talents coming from United’s academy, with a bright future in front of him.

With United refusing to invest in another young striker, many believed that the 20 year old would eventually lead the line for United.

If there is any truth to the story, it is shocking and disgraceful behaviour that the club surely cannot and will not tolerate. It therefore immediately puts his career in jeopardy.

United have released a statement this morning saying ‘We are aware of images and allegations circulating on social media. We will not make any further comment until the facts have been established. Manchester United does not condone violence of any kind.’

Reports on Twitter claim that the Greater Manchester Police have been informed, but this has not as yet been confirmed.

Manchester United will wait till Greater Manchester Police to complete their investigtion before releasing any official statement. #Greenwood 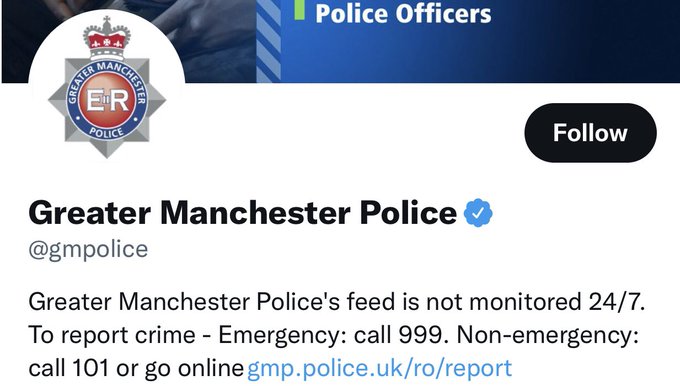 Of course, one should not come to a conclusion before hearing both sides of the story, so United fans will be hoping for a prompt response from Greenwood.

There may also be other explanations, for example Ms Robson’s account could have been hacked and the photos and audio faked.

However, the fact that the story has not been taken down is an ominous sign that she did post it herself.

The post was taken down around two hours of being posted but a screen recording is shown below. Please note that this contains images and audio recording that some people might find distressing: