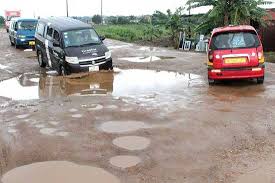 Transport represents one of the most important human activities. It is an indispensable component of the economy and plays a major role in spatial relations; helping create valuable links between regions and economic activities, between people, cities and others.

It is in this vein that the Member of Parliament for the Madina Constituency, Lawyer Francis Xavier Sosu has called on the Ministry of Roads and Highways to consider the construction of the local road networks, especially in  the La Nkwantanang Madina Municipality.

The MP complained about the deplorable state of roads in the local communities. He explained that vehicles often develop mechanical faults when they ply these roads, and in the long run, fuel road accidents.

“Bad roads impede development, including transportation of goods and services from one location to the other. In spite of these perceived effects of bad roads, the issue has not been adequately addressed by the government” , he stated.

Lawyer Sosu further stated that the population of Madina is increasing on a daily basis so better transport infrastructure will allow more trade and a greater spread of people in the Municipality, adding that Economic growth has always been dependent on increasing the capacity and rationality of transport.

He indicated that the infrastructure and operation of transport has a great impact on the land and is the largest drainer of energy, making transport sustainability a major issue.

Statistics in Ghana show that  road transport accounts for 96 to 98% of overall national delivery of people and goods. However, the medium term programme of the Ministry of Roads and Transport does not envisage any substantial realignment of the overall transport modal mix.

Thus, road transport remains the backbone of the national economy. As a result, the performance of the road transport system is of crucial importance for individual mobility, activities, public welfare and economic growth and development of the nation. The effects of bad roads in Ghana, particularly in the Madina Municipality cannot be overemphasized.