Climate change, Sea erosion and the Azizakpey Island: The Story of Emefa from Lensational

Climate change, Sea erosion and the Azizakpey Island: The Story of Emefa from Lensational 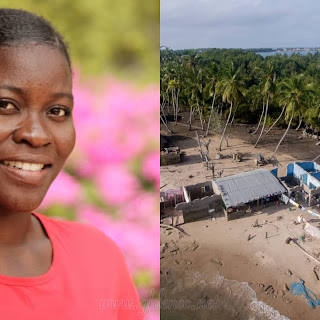 Emefa is a young woman from Azizakpey, an island in Ada, Ghana, affected by sea erosion due to climate change.

As a result of the unfortunate events on the island caused by the sea erosion, people living on the island have lost their livelihood and have been coerced to move from the lovely place they used to call home.

On Friday, March 25, a group of six young Ghanaian women who are members of Lensational, a photography network based in the United Kingdom, shared with a number of actors in the climate change and environment sector, the effects of climate change on the environment and people in different parts of Ghana.

The event took place at Foundation for Contemporary Art-Ghana.

One of the women, Ruth Emefa Toklo, shared her inspiration with the ghlense.net

She said “ what inspired me to document the story from Azizakpey was, the island once had life, memories, livelihood for people and homes of loved ones. All have been lost to the sea due to climate change. I have families on the island and I have seen the woes they go through daily for survival,”

Emefa who also doubled as National service personnel at the Forestry Commission stated that using photography to tell the story of her people and the island will reach the masses and stick around for a very long time because a picture is worth a thousand words.

“ I felt that with the camera, I can share the story to the world and tell what others are going through due to climate change caused by humans. Maybe people will change their ways and understand the effects of their actions. It will also be available for the next generation of Azizakpey to know what their predecessors went through  some years back.”

She is hopeful and strongly believes that the outcome of the story she shared at the workshop will reach “stakeholders, agencies, and individuals who will provide help for the vulnerable people of Azizakpey”

She also suggested that Climate change education should be intensified. “Awareness creation and talks should be increased and made available to the locals in our communities as well. “

She added that education and awareness creation should be translated into the local languages for it to be very effective.

“The education should be made in the local languages for easy understanding. This can at least help to gradually stop people from contributing to climate change.” She stressed.

During the project, Emefa encountered some challenges because her capabilities as a female with a camera were at stake.

She said “It was really difficult I must say. As a woman behind the camera, your potential is questioned. It was very difficult getting the people to grant interviews and take photographs of them.”

“you need the interviews to get true information followed by photos to get your whole story.”

Regardless, she was able to undertake her project and the outcome is what you see in the photos below: 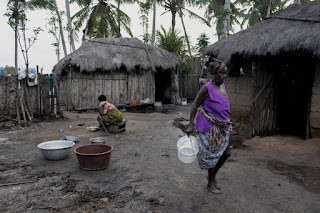 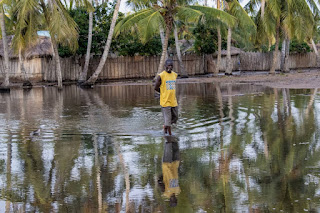 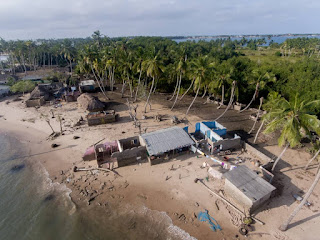 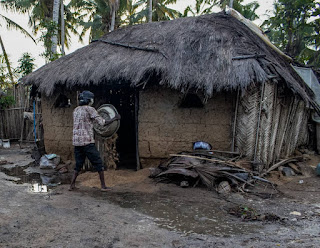 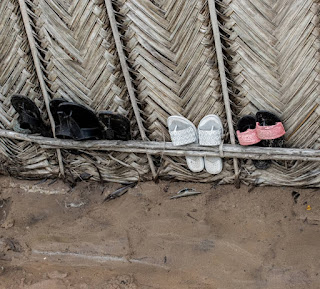 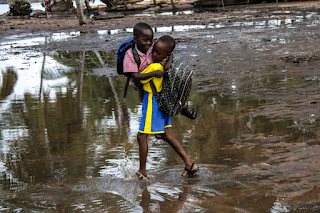 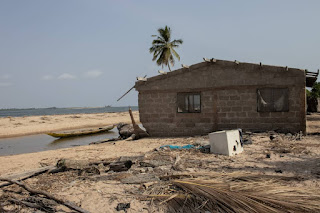 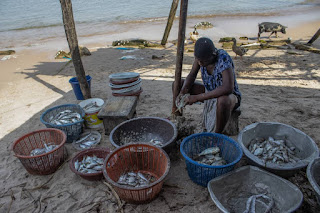 It is a non-profit social enterprise working to elevate the voices of women from underrepresented groups and communities through visual storytelling.

They train women in under-represented communities with photography, digital storytelling, and video production, empowering them to share their stories and advocate for the issues they face.